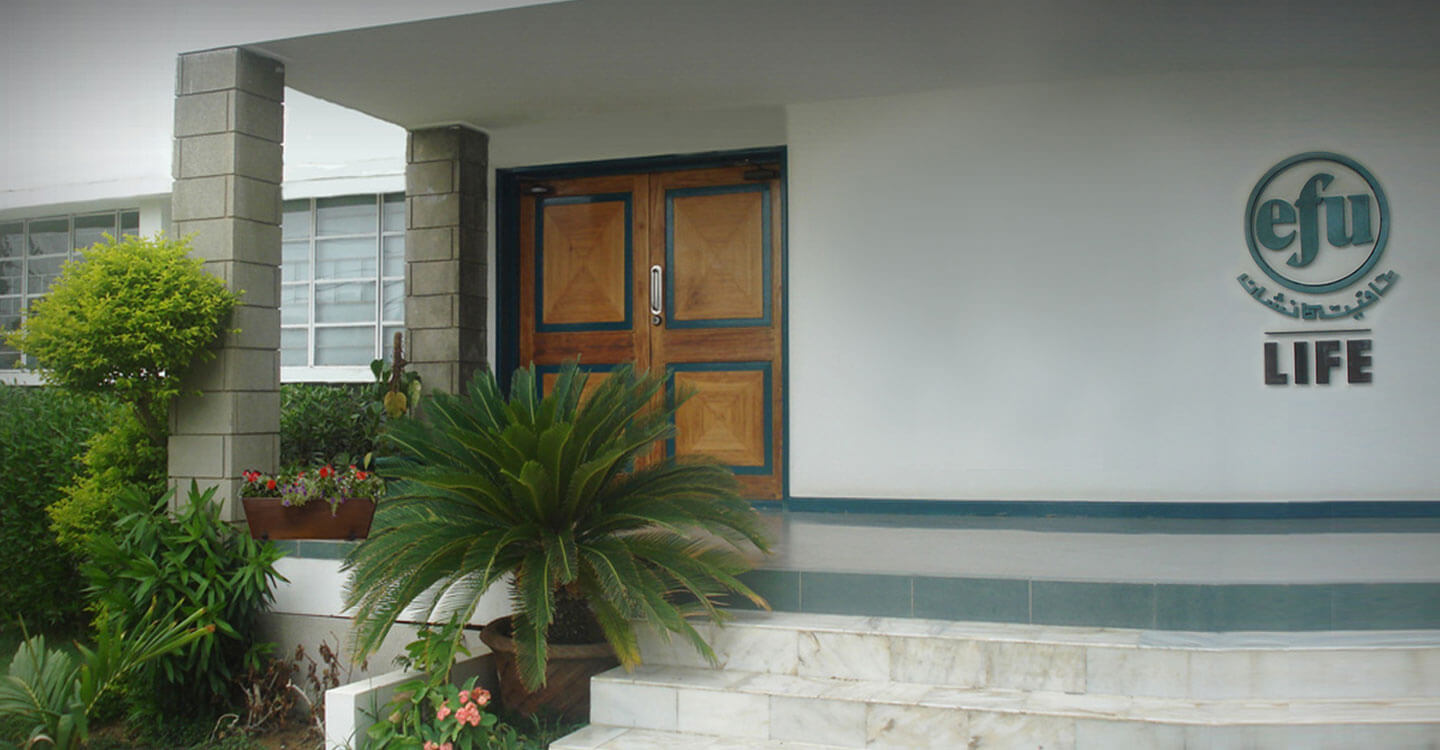 Mr. Rafique R. Bhimjee is B.Sc (Hons) in Management Science, University of Warwick, MBA in Finance from City University, London and a “Certified Director” from Pakistan Institute of Corporate Governance.

Mr Saifuddin N. Zoomkawala has been associated with EFU Group since 1964. He served as Managing Director of EFU General Insurance Ltd from 1990 till 2011 when he was elected Chairman of the Company. He is also the Chairman of Allianz EFU Health Insurance Ltd. He was also Chairman of EFU Life Assurance Ltd. from 1999 to 2011.

He is also on the Board of Governors of Shaukat Khanum Memorial Trust; SIUT; Burhani Hospital; and Fakhr-e-Imdad Foundation.

Mr. Taher G. Sachak has studied in UK and is a graduate in Business Studies from Bournemouth University, and also has a post-graduate Diploma in Management Studies from Liverpool University. Following his studies, he joined the British Civil Service and after 5 years decided to pursue a career in life assurance. He held executive positions in major UK Life Assurance Companies, Allied Dunbar, Trident Life and finally Century Life before coming to Pakistan in 1994 to join EFU Life.

He is also Chief Executive & Managing Director of EFU Life Assurance Limited and Vice Chairman of Allianz EFU Health. He is also a “Certified Director” from Pakistan Institute of Corporate Governance.

Hasanali Abdullah
Mr. Hasanali Abdullah is Chartered Accountant and “Certified Director” from Pakistan Institute of Corporate Governance (PICG). He has been associated with EFU General Insurance Ltd. since 1979 and is Managing Director & Chief Executive of the company from 2011. He is Director of Allianz EFU Health Insurance Ltd., EFU Services (Private) Ltd., Tourism Promotion Services (Pakistan) Limited (owners of Serena Hotels in Pakistan), Honorary Treasurer of Aga Khan Hospital & Medical College Foundation, Member of National Committee of Pakistan Branch of Aga Khan University Foundation Geneva. Director of Institute of Financial Markets of Pakistan.
He has served on the Boards, Council and Committees of various Aga Khan Development Network institutions from 1976 to 2002. He has been Director of PICG in 2011, Chairman of Insurance Association of Pakistan for the year 2008, 2010 – 11 and 2016 – 2017, Executive Committee Member of Federation of Pakistan Chambers of Commerce & Industries for 2011 & 2017 and also served as Chairman of Pakistan Insurance Institute till 28th July 2020.

Mr. Syed Salman Rashid has done B.Sc. (Hons) from Karachi University and is a “Certified Director” from Pakistan Institute of Corporate Governance.

He started his career with EFU General Insurance Limited and has been associated with the company for over three decades and serves as Deputy Managing Director in the company.
He has attended international seminars, meetings and conferences in several countries of the world. Parallel to his professional services, he has also served on the Board of JS Investment Bank Limited and is presently on the Board of Power Cement Limited.

Presently he is on the Board of EFU General Insurance Ltd., Mahvash and Jahangir Siddiqui Foundation, Pakistan International Bulk Terminal Ltd and & Future Trust. Prior to joining JS Investments Ltd., he was Assistant Vice President of AIM Investments in Houston, a wholly owned subsidiary of INVESCO plc. (formerly known as AMVESCAP plc).

Daanish Bhimjee has been working in the financial services sector for over 15 years. His most recent position was with Standard Chartered Bank, where he was a Managing Director in charge of Financial Institutions Investment Banking for Africa and Middle East. Prior to that he was with Barclays Investment Bank and Rothschild in the UK.

Daanish has advised insurance, bank and government clients on a wide variety of M&A, strategic advisory and capital raising projects across Europe, Middle East and Africa. He has worked on projects in over 20 countries and advised on transactions with aggregate valuations in excess of $150 billion. Daanish is a chartered accountant from the Institute of Chartered Accountants of England and Wales. He has a degree in Economics from the University of Cambridge.

Rukhsana Shah retired as Federal Secretary, Ministry of Textile Industry after 35 years in government service. In 2015, she set up the Autism Welfare Trust in Lahore, with an office in Karachi, to create awareness about Autism, ADHD and Learning Disabilities in Pakistan, and to train parents and teachers of special and mainstream schools in the management of these disabilities.

From January 2016, she served as a nominee director of the Ministry of Finance on the Board of First Women Bank Limited for three years. At present, she is an independent director of Suzuki Motor Company in Pakistan. She completed her Directors’ Training Programme in December 2017 from LUMS.

She is a member of the Child Care Commission set up by the Chief Justice of Lahore High Court, and is on various government and civil society committees relating to Inclusive Education and Rights of Persons with Disabilities.

Mr. Muhammad’s career spans over 30 years in General Management, Business Development, Strategy, Financial Planning and People Development. He has held various C-suite positions in companies focused on a diverse range of activities from Chemicals to Energy to Polymer production.

He is currently the CEO of Hub Power Holdings Ltd, a subsidiary of HUBCO, Pakistan’s largest IPP. He is responsible for managing the growth portfolio of HUBCO, including existing coal-based power plants. Responsibilities include evaluating onshore & offshore acquisitions, project financing, economic evaluation of all growth projects and financial re-engineering to support the growth vision of the company.

Previously, he was the CEO of Engro Fertilizers from 2012-2018. He has served on the Boards of Engro Corp and various Engro subsidiaries including as Chairman of Engro Vopak and Engro LNG Terminal.

In addition, he has also served on the Boards of Pakistan Institute of Corporate Governance, British Overseas School, KP Energy Board (PEDO) and as Chairman of Pakistan Mercantile Exchange Limited.

He is a CFA Charter Holder and holds an MBA degree from Institute of Business Administration, Pakistan. He has attended the Advance Management Program at INSEAD as well as a Agri-Business certification from the Harvard Business School.

Ahsen Ahmed has been working in the textile sector for over 15 years. He has developed and researched new components for textile auxiliaries. He has also developed multiple performance filament yarns for specialized applications. He has also contributed in the export-oriented textile sector by setting up the weaving industry and buying house for denim garment for the purpose of export.

He has a degree in Economics from Denison University, Granville, Ohio. Currently, he holds directorship in Abid Industries and Sind Industries since 2003. In addition to that, he is also a director in Denim Dynamics from 2017.